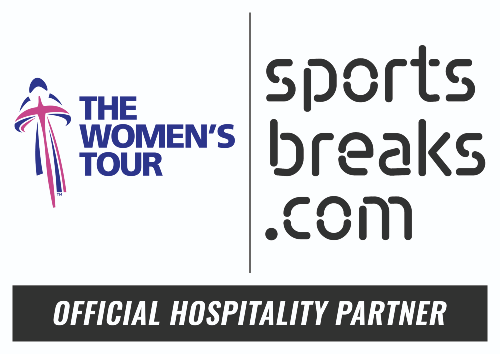 Pre-Register below for exclusive VIP hospitality for the 2022 Women's Tour!

Sportsbreaks.com is the Official Hospitality Partner - bringing you exclusive hospitality and VIP packages at every stage of the Women's Tour.

Don't miss out...
Enter your details so you are the first to know about our exciting upcoming cycling packages and news

Book hospitality @ the Women's Tour and you'll get...

VIP hospitality that combines a prime view of the racing action with complimentary food, beverages and an electric atmosphere to enjoy with family, friends or colleagues.

Prime location close to the start line to enjoy the team presentations and rider interviews.

Selection of hot and cold beverages.

Prime location close to the finish Line and podium.

Selection of hot and cold beverages.

Open bar serving a choice of beers and wines.

The full list of teams competing in the 2021 Women’s Tour is:

British interest comes in the form of AWOL O’Shea, CAMS-Basso Bikes – both Women’s Tour debutants – and Drops-Le Col s/b TEMPUR. 2021 will mark Drops’ fifth appearance in the event, while the Essex-based CAMS team will be on home soil for the race’s fourth and fifth stages (Shoeburyness to Southend on Thursday 7 October, Colchester and Clacton-on-Sea on Friday 8 October).