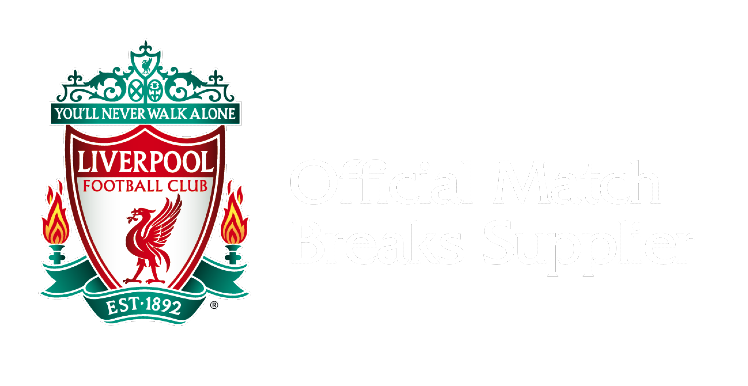 Sportsbreaks.com are delighted to be an Official Match Breaks Supplier for Liverpool, with official LFC tickets and hospitality packages available. Fans are back, and you know what that means? At every Liverpool Match this season, Anfield will be back to its infamous best. No team enjoys playing at Anfield, the atmosphere created by 53,000 makes it easily one of the most intimidating places to play in world football. And with the fans being welcomed back, Sportsbreaks.com are once again able to offer wonderful Match Break experiences for those wishing to experience the atmosphere first hand. With official Liverpool FC tickets, you’ll be able to immerse yourself in all things Liverpool and all things Anfield. With a rich history and one of the best current teams in the world, your next Liverpool Match is sure to be an experience to remember. A Liverpool FC Match Break, brought to you by Sportsbreaks.com is so much more than a football break. You get your official Liverpool FC tickets, matchday use of the ‘Code Lounge’ on level 3 in the main stand, where you’ll not only get a complimentary drink on us, but will be graced by an appearance from an LFC Legend. You’ll also get a complimentary matchday programme to remember your Liverpool match experience, along with a night stay in one of our handpicked hotels.

Don’t need a hotel? For select Liverpool match days, we offer the Code Lounge Hospitality Experience as a stand-alone package. Providing you with the same fantastic hospitality experience, just without the hotel.

Keep an eye out for our Code Lounge Hospitality Liverpool FC Tickets. 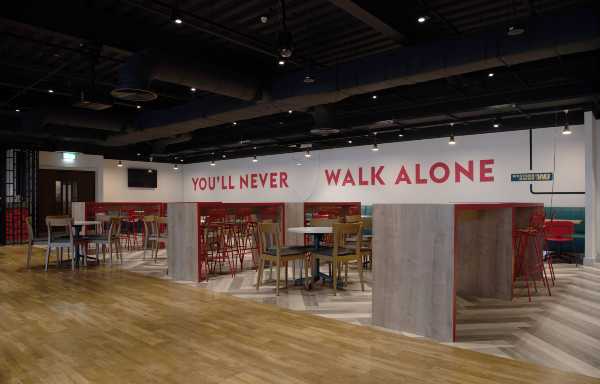 Liverpool are widely regarded as one of the best teams in England, if not Europe. And after several decades without an English League Title, they returned to the summit of English football in 2019 and followed that up with the Champions League the following season.

And with Van Dijk back at the heart of the defence again this year, optimism is high again around Anfield. So don’t miss out on being a part of what could potentially be an historic season, book your Liverpool FC Tickets with Sportsbreaks.com and get a Match Break to remember.

And there is even more! Liverpool isn’t just home to a huge football team, but has an unreal music scene, amazing attractions and great shops and restaurants. It’s a super city break in its own right; for some, the football is just an added plus.

Get your official Liverpool FC tickets with Sportsbreaks.com and enjoy a well-deserved Match Break in one of our handpicked hotels.

So get your official LFC tickets, and enjoy everything the game, and the city, has to offer.

Book now to make the memories of a lifetime.

Book this Match Break and you'll get....

Access to The Code Lounge with a seat in the lower tier of the Main Stand.

A complimentary drink - because there’s nothing better than feeling the energy of Anfield with a drink in hand!

With a great value 3* hotels to 5* luxury to choose from, you'll enjoy a comfortable night's sleep. The locations are great too, so you can make the most of your time in Liverpool!

Good news; your day at the footy is all planned.

The lounge opens 2 and a half hours before kick-off, with hot food available and cold beer on tap, it’s the perfect setting to relax before the game, and don’t worry…we haven’t forgotten the entertainment!

As the ground fills and the pre-match excitement builds, the lounge doors will open to an LFC legend and the Q&A and prize draw will commence making it the perfect experience for any Liverpool fan. After you’ve experienced everything The Code Lounge has to offer, it’s time to head to your seat and watch Klopp’s first 11 battle for all 3 points!

But the excitement doesn’t stop there. Liverpool isn’t just home to a huge football team, but an unreal music scene, amazing attractions and great shops and restaurants. It’s a super city break in its own right; for some, the football is just an added plus. Why not put some time aside to see everything Liverpool has to offer? Before, or after, the big game. It’s an experience that you wouldn’t want to miss out on.

Something extra- just for you! 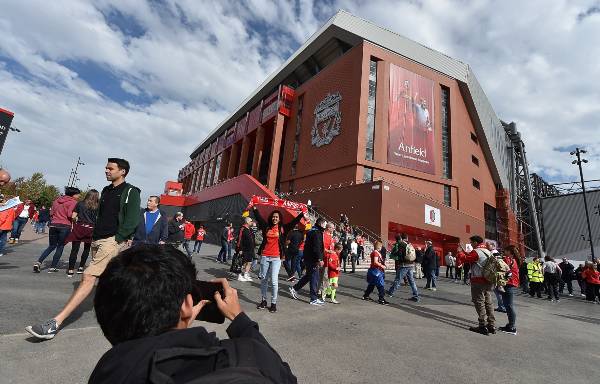 Book your tour with us today – an official LFC Agent.

Don't miss out...
Enter your details so you are the first to know about our Official Liverpool FC Match Breaks coming soon.

Planning a trip to Anfield? Make it a Match Break

Feel the energy of Anfield like never before. With our unique match break package, there has never been a better time to experience Liverpool FC in all their glory.

The Royal Albert Dock is a complex of dock buildings and warehouses in Liverpool, England. Designed by Jesse Hartley and Philip Hardwick, it was opened in 1846, and was the first structure in Britain to be built from cast iron, brick and stone, with no structural wood.

The Cavern Club is a nightclub at 10 Mathew Street, Liverpool, England. The Cavern Club opened on 16 January 1957 as a jazz club, later becoming a centre of the rock and roll scene in Liverpool in the early 1960s. The club became closely associated with the Merseybeat music genre and, famously, regularly played host to The Beatles in their early years.